Scholars gather for the launch of Te Wheke a Toi.

The new International Indigenous Centre for Critical Doctoral Studies, Te Wheke a Toi, has been launched at Massey University. The centre was developed by Massey’s Te Mata o te Tau, Academy for Māori Research and Scholarship, and aims to enhance scholarly skill sets through building doctoral capacity and capability.

Deputy Vice-Chancellor Māori Distinguished Professor Hingangaroa (Graham) Smith says the centre is a vital step in helping build up the number of indigenous scholars whose research is aimed at helping the development of their communities.

Professor Smith says the critical element of the centre speaks to the need for scholarly research that has real world application, and he urged academics to ensure their research was more than words on the page.

“Getting a Doctor in front of your name is a magical cure for blindness and deafness. People who couldn’t see or hear you before can suddenly see and hear you, so doctoral study is very worthwhile. But it’s not about the certificate. It’s about the blisters on your hands – it’s what you do with it that really matters.”

Professor Smith initiated the development of the Te Kupenga o MAI National Network in the early 2000s that set a target of 500 Māori doctors in five years. In the end it took seven years, but from that development about 60 Māori PhDs now graduate nationally per year and the programme has been shared successfully internationally.

Professor Smith says the establishment of Te Wheke a Toi at Massey University will help nourish that scholarly growth. 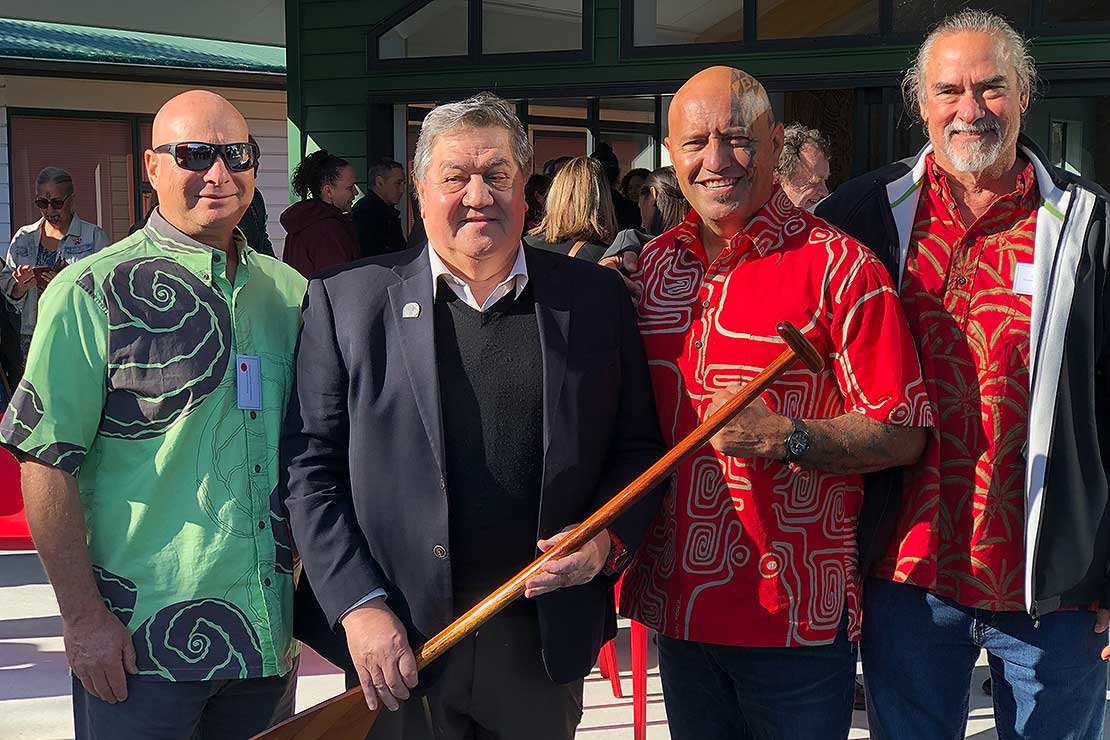 The name Te Wheke a Toi relates to the mythical octopus that led the explorer Kupe across the Pacific to Aotearoa and speaks to the international reach of the centre.

Te Mata o Te Tau director Professor Huia Jahnke says the Matariki symposium was an example of the cross-cultural interface opportunities Te Wheke a Toi is seeking to create that will help build an international indigenous community of scholars. Doctoral candidates and recent doctoral graduates from Massey and the University of Hawai’i at Mānoa and University of Hawai’i Maui College were given the chance to present their research and to receive input from the gathered scholars.

Professor Margaret Maaka from the University of Hawai'i at Mānoa is Ngāti Kahungunu and has lived and worked in Hawai’i for 32 years. She has collaborated regularly with Professor Smith and Professor Jahnke in New Zealand and internationally and she says she is excited about the opportunities the centre will bring for her postgraduate students.

“Sir Hirini Moko Mead put it really well, that sometimes when we mix with other indigenous groups we learn more about ourselves. I like that idea that when we gather and exchange ideas with other groups not only do we bring our knowledge to the mix and take some away but we also have a reflection on ourselves as researchers. I think Massey has some incredibly strong Māori researchers and I want to tap in to that for my scholars as well.”

Professors Smith, Jahnke and Maaka have a long association as officers of the American Education Research Association, the largest gathering of educational researchers in the world. The association has, as a primary agenda, the mentoring of scholars undertaking their doctoral degrees.

The official launch of Te Wheke a Toi closed with the presentation to Professor Smith of a traditional Hawaiian hoe (paddle) made of koa, a customary wood of Hawai’i that symbolises strength and perseverance.