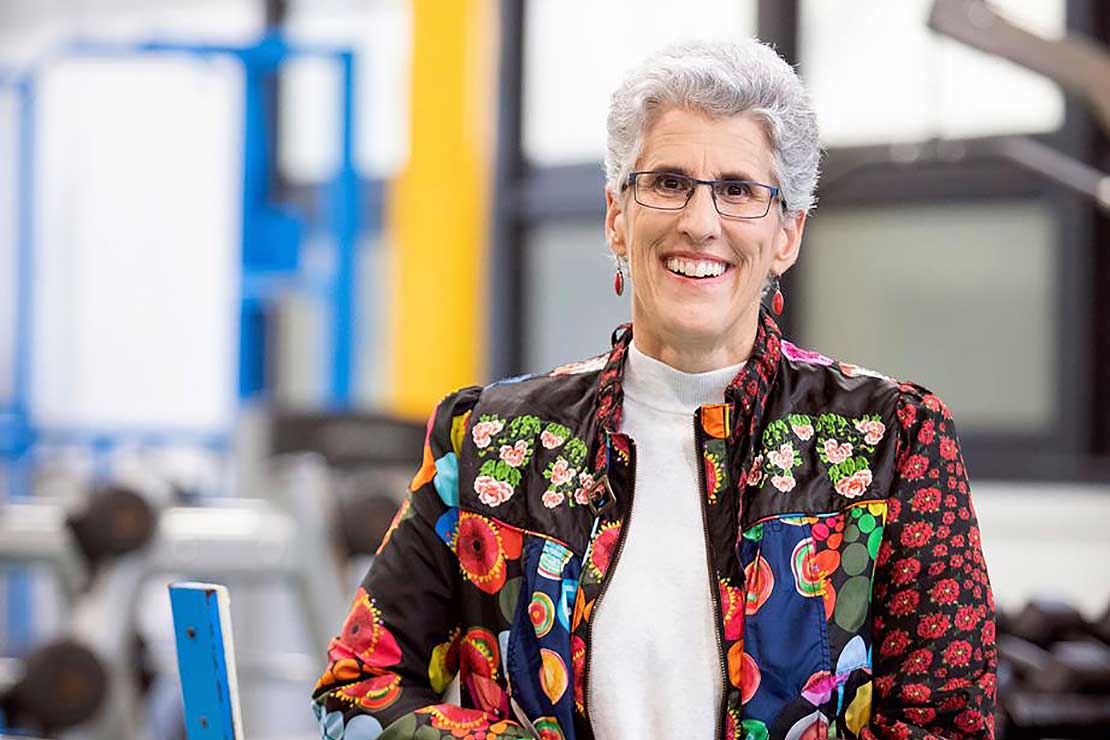 Professor Sarah Leberman has been named the winner of the sport category at this year’s NEXT Woman of the Year Awards. The leadership and sport management researcher was recognised for 20 years of advocating for gender equity in sport.

The win came at the end of a hugely significant week for Professor Leberman as it followed the government’s announcement of a $10 million strategy to improve the numbers and quality of women’s and girls’ particiaption in sport.

Professor Leberman is a co-founder of Women in Sport Aotearoa, an organisation that works to give females equity of opportunity to participate, compete and build careers in sport, and was closely involved in developing the government’s new strategy.

“The NEXT award was the icing on the cake, given the launch of the new strategy earlier that day,” Professor Leberman says. “For me it is always about the bigger picture and making a difference to as many people as possible.”

She says the most important aspects of the strategy are its focus on equity, not just equality and its recognition that not all women and girls are the same.

“Those are significant points and something I pushed very hard for. Women comprise many different ethnicities, races, religions, abilities, sexual orientations and social classes, which bring with them degrees of privilege,” she says.

“The setting of targets and linking this to funding will change behaviour, as will ensuring more equitable distribution of funding to men’s and women’s sport from all sources.”

Award was a 'team effort'

Professor Leberman says she was humbled and proud to receive the award and acknowledged the many people who have supported her work.

“It truly is a team effort, where everyone plays to their strengths to create a better whole. It is about bringing people with me, co-creating, manaakitanga and kaitiakitanga. Recognition must also go to my husband Brett and daughter Phoebe. Without their support it would be impossible to do all the things I do.”

She says her work in the sector culminated in the 2017 creation of Women in Sport Aotearoa with Julie Paterson, now chief executive of Tennis NZ, and this is the achievement she is most proud of.

Along with many years of academic research in sport equity issues, Professor Leberman has also been involved in sport at all levels. As a third dan black belt, she coaches children and adults at Taekwondo Manawatū and has represented New Zealand as manager of the Junior Black Sticks Women and stand-in manager for the Black Sticks Women. She is currently working with the Black Sticks Women to develop their leadership and team culture in the run-up to the Tokyo Olympics.

Looking to the future, Professor Leberman has no intention of resting on her laurels. She says, with the government’s new strategy in place, it’s now the time for action.

“It is time to implement the strategy, this will take time and everyone in New Zealand must work together and bring their strengths to the table,” she says.

“It is also critical that we have diverse voices at the table to ensure what is implemented is fit for purpose and sustainable in the long term. We also need to ensure that young women’s and girls’ voices are not only heard, but at the table. The future is theirs and we can learn so much from them.”

Students launch competition to “make a bop in your bubble”

The importance of building trust in contact tracing apps